Compulab Utilite2 Ubuntu mini PC now available for $192 and up

CompuLab’s Utilite2 is a tiny computer with a Qualcomm Snapdragon 600 processor and support for Ubuntu Linux or Google Android software. 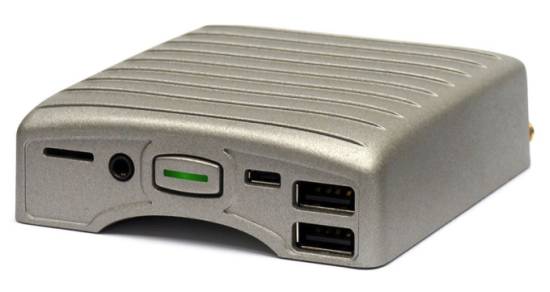 Prices start at $192 for a model with 2GB of RAM and 4GB of eMMC storage. There’s also a $229 version that has the same basic specs, but which also includes a 32GB solid state drive. Both models feature HDMI, Gigabit Ethernet, 802.11b/g/n WiFi, Bluetooth 4.0, audio jacks, a micro USB port, and four USB 2.0 ports. And each has Qualcomm’s 1.7 GHz quad-core processor with support for 1920 x 1080 pixel display resolutions.

While the Compulab Utilite2 is more expensive than some of the ARM-based mini-computers we’ve seen in the past few years, it’s also a tiny model that comes with a fanless case design for silent operation. Compulab also offers its own builds of Ubuntu and Android for the little computer.

Compulab has been making small form-factor systems for several years and the company manufacturers the MintBox line of computers which it sells in partnership with the developers of the Linux Mint operating system.