The Hannspree Hannspad SN1AT75B is a new 10.1-inch tablet with Android 4.4 KitKat that appears for only 109 euros in Germany. 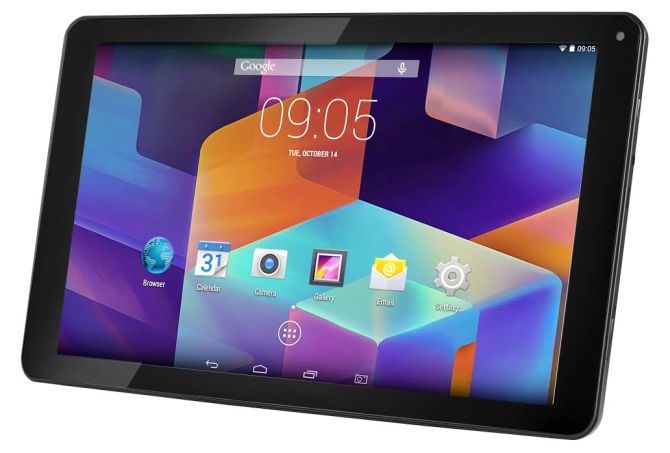 The Chinese manufacturer Hannspree has just announced a Hannspad SN1AT75B, new 10.1-inch Android tablet for the German market in a press release. The special feature of the tablet is the price for the suggested retail price of only 109 Euros. Starting today, the Hannspad should be available in this country, as far as I could see so far, but it is still in no dealer stock.

Above all, the 10.1-inch display of the Hannspad SN1AT75B sounds a little disappointing because it only has a resolution of 1024 × 600 pixels. But we have to consider the price. The rest of the hardware is but definitely in order, and like the other cheap but often slightly more expensive tablets.

So Hannspree has a 1.3GHz quad-core processor MediaTek installed, there is the MT8127. There is 1GB of RAM and internal memory has a capacity of 8GB. About a MicroSD card slot fits into the tablet a memory card with up to 32GB. Is pre-installed Android 4.4 KitKat – whether there will be an update to Android 5.0 Lollipop is unknown.

It is encouraging that despite the low price, in addition to Wi-Fi and Bluetooth 4.0, GPS is also installed. There is also a front camera with a resolution of 0.3 megapixels, and another camera on the back with 2 megapixels. That’s fine, because with a 10.1-inch tablet make most of us anyway no images.