Intel has been using Core i3, i5, and i7 models for its desktop processor for a few years in order to help consumers chose between entry-level, mid-range, and high-performance processor, although you may also want to look at the launch date as some Core i7 launched in 2010 may be quite slower than Core i3 launched in 2013 or 2014 for example. 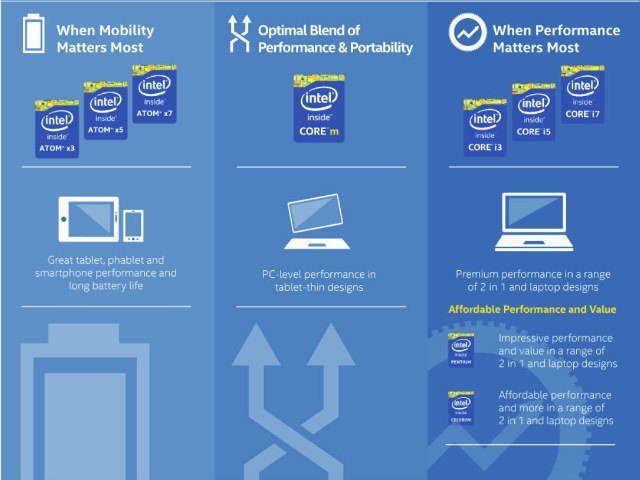 Intel has now decided to use a similar naming scheme for its next generation Atom processor used in tablets, phablets, and smartphones with Atom x3, Atom x5, and Atom x7 product ranges instead of the often confusing names like Z3735F, Z3580, etc.. The company will still offer slightly more powerful Pentium and Celeron processor for 2-in-1 laptop designs and mini PCs, as well as new Core-M processors for low power and PC-like performance think laptops or tablets.