The tablet is expected to hit the streets in June. 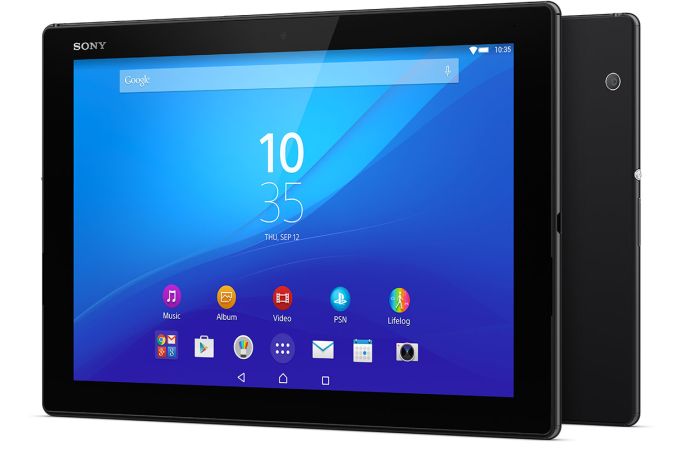 Sony Xperia Z4 tablet features 3GB of RAM, up to 32GB of storage, a microSD card slot for up to 128GB of removeable storage, and a IP65 and IP68 water and dust-proof design. Sony has been making waterproof phones and tablets for a few years, but usually they’re only water-tight if you place a plastic cap over the USB port and other connectors. But Sony says the Xperia Z4 USB connector has no cap.

There’s an 8.1MP camera on the back and a 5.1Mp camera on the front. The tablet weighs about about 14 ounces and measures about 0.24 inches thick, making it one of the most compact 10 inch tablets around. Still, Sony says it should get up to 17 hours of video playback time from the included 6,000 mAh battery.

Other features include Android 5.0 Lollipop software, support for PlayStation 4 Remote Play which lets you use the tablet with a DualShock 4 wireless controller and to stream games from a PS4 over your home network, an optional BKB50 Bluetooth keyboard, and optional 4G LTE.

The tablets will also come with Microsoft Office apps including Word, Excel, and PowerPoint pre-installed.