XO-Infinity is a modular laptop for students, picks up where OLPC left off

The One Laptop Per Child project introduced the idea of small, low-cost, low-power durable laptops that could be used by students around the world, with a special focus on developing markets. The first XO Laptop units shipped in 2007, and over the next few years the developers improved the hardware and software… and inspired the consumer devices like netbooks as well as other education-focused projects like Intel’s Classmate PC lineup. 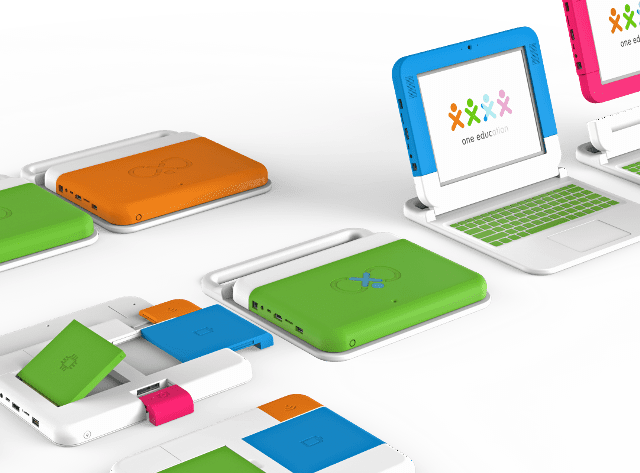 It’s been a few years since OLPC launched a new laptop, much of the core team has left the project, and these days the company partners with Vivitar to offer cheap Android tablets. But the folks at OLPC’s Australian partner One Education have decided to pick up where OLPC left off. They’ve just introduced a new laptop design called the XO-Infinity. It’s a modular laptop designed to be upgraded and modified, and it could ship in 2016. 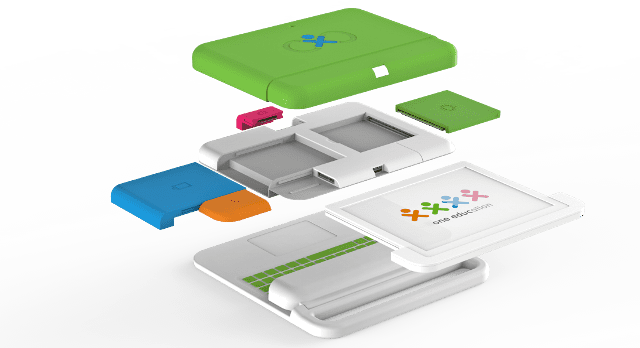 The core computer will be a small, durable machine with support for a range of hardware including touchscreens and keyboards, ARM or x86 chips, and operating systems including Linux, Android, and Windows.

For instance you could give a a tablet with an ARM-based chip and Android-based software to a child too young to read and they could use the computer to interact with educational apps using a touchscreen. As they get older they can add a keyboard to turn the tablet into a laptop, swap out the processor and operating system, and start using the machine as a Linux or Windows computer.

Need to replace the battery, upgrade the wireless module, or make other changes? Each component is designed to be easily replaceable: you don’t need special tools to open up the case in order to upgrade the system. One Education says the XO-Infinity is designed so a 4-year-old child can assemble it.

So far, One Education’s XO-infinity is still just a prototype. The group doesn’t expect to have a working model until this summer, plans to launch a crowdfunding campaign to raise money for mass production later this year, and it will be early 2016 by the time the computers are ready to ship.